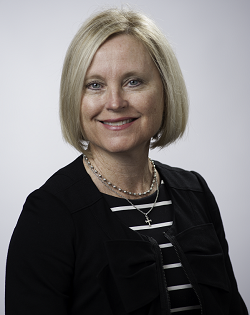 A core value woven into the fabric of the Methodist Health System culture is promoting from within. Just ask me, Barbara Madden. I recently accepted the role of vice president, chief nursing officer (CNO) for Methodist Dallas Medical Center. My nursing career at Methodist spans 30 years. I joined the hospital in 1985 as a med-surg nurse and then moved to adult critical care, an area I fell in love with. Soon, I assumed the role of clinical educator and then manager of the ICU and, when the opportunity presented itself in 1997, I was promoted to director of critical care services. That’s the leadership role I held for 19 years, until my recent promotion to vice president, chief nursing officer.

Even though I had a clinical career plan, time after time I had leadership opportunities come my way. During my journey, I learned to listen and trust what others saw in me, often before I saw those qualities in myself. When Karla Ramberger, Methodist’s newly appointed senior vice president and chief nursing officer, asked me to consider the Methodist Dallas CNO role, I thought about what would be required and the opportunities it might bring. As the executive leader of nursing services for the hospital, I knew I would have to build on the close relationships I had developed with the people with whom I would be working. I also recognized the tremendous opportunity to work with Karla, who had mentored me over the years. It seemed like everything fell into place.

Methodist’s belief in recognizing internal talent and promoting individuals to higher positions is critically important. I think it sets us apart from other healthcare systems. Because mentors have significantly influenced my career, I see the benefit of growing people. Even when I’ve questioned if I was the best person for the job, each of my mentors confidently helped me take the next step.

Personally, that’s helped me grow into a different, better person. But it’s also good for our organization. When you recognize people for their talents and skills and give them opportunities to grow and advance, you have a much better chance of keeping the best and brightest in your organization. People who remain loyal to the organization develop a history that can help recruit others as they share their positive experiences. They also are more engaged, and that translates to providing better care and service to our patients and their families.

When you believe in promoting your best internal talent, then it is incumbent upon leaders to serve as mentors to help develop future leaders personally and professionally. As new positions emerge and existing positions evolve, we continue to think one step ahead by developing people who are going to be successful in the new healthcare environment. Professional development involves giving people additional opportunities to grow and letting them know that the great job they are doing is contributing to the success of the organization and the well-being of our patients.

If you’re searching for an organization that values its people and is committed to promoting from within, consider Methodist Health System. Visit us at Jobs.MethodistHealthSystem.org.