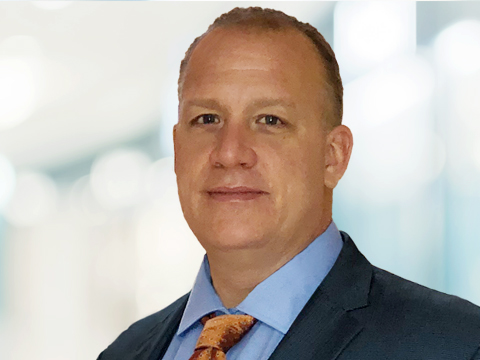 If you had asked David Molengraaf when he was a child what he wanted to be when he grew up, chances are his answer wouldn’t have given you a clue as to what he has become today. To say that he has reinvented himself several times is an understatement. With a passion to be in public service and dedication to provide life support, David’s career path has grown from Army veteran to law enforcement to nursing.

“When we moved to Texas, my wife began working as a nurse at Methodist Dallas Medical Center,” David explains. “I was 39, had enjoyed two careers, but felt called to go to nursing school. Because I was so anxious to work in the hospital while attending school, I took a job as a secretary at Methodist Charlton Medical Center. I attended the El Centro College Associate Degree Nursing Program at Methodist Health System. I became an extern and then an intern after graduating from nursing school and earning my RN. From the beginning, I gravitated toward critical care. During my externship at Methodist Dallas, I transferred from coronary critical care to surgical intensive critical care (ICU), learning as much as I could. It was a perfect fit.”

In 2011, David was recruited to Methodist Charlton to be a manager of the ICU and, using his military knowledge and experience, he quickly transformed the unit to a high-intensity, progressive ICU with a laser focus on striving for excellence. His talents were appreciated and embraced. In 2016, David was promoted to director of the ICU at Methodist Charlton, which was later expanded to include director of intermediate care services, the critical care resource team, and the interim director of emergency services.

Now David is working on his MSN and says, “I believe anything is possible at Methodist. They’ve given me and my family everything we need in our careers. In fact, both of my daughters are in nursing, too. One has her BSN and works at Methodist Dallas, and my younger daughter will graduate in May.

“I knew from the minute I pursued nursing, I loved being at the bedside,” David says. “I grew to learn that I also wanted to be in nursing leadership — to help recognize and inspire those who hear the calling to go into nursing.”

David credits the transformational leaders throughout Methodist for empowering nurses. “They have shown nothing but support and compassion for our nurses. They believe in our mission, and they see value in each and every person.”

David’s advice for those who are starting their nursing careers is simple and to the point:
1. Find the place you feel comfortable and put everything you have into your career.
2. You have to walk the walk and believe in yourself, because if you don’t believe in yourself, no one is going to.
3. Don’t waste any opportunities; learn from each of them.
4. Develop a five-year plan and stick to it.
5. Never get stagnant. Continue to get more education, push for excellence, and embrace leadership opportunities.
6. It’s not going to be easy. Keep going.

What are David’s aspirations? Who knows — perhaps chief nursing officer or hospital president is in his future. After all, anything is possible. If you’re ready to explore your own possibilities, visit Jobs.MethodistHealthSystem.org.

Methodist Charlton critical care director saves a life on his day off
On Saturday, March 3, 2017, Methodist Charlton’s critical care services and intensive care/intermediate care director David Molengraaf was running an errand at Walmart in Waxahachie. While shopping, he noticed a group of people gathered around a man lying on the floor without a heartbeat or pulse. His skin had turned purple.
While others just stood around looking at the man, Robert Connell, David stepped in and started CPR and mouth-to-mouth resuscitation. After approximately 10 minutes, Connell’s heart started beating again, just in time for the paramedics to arrive and take over.
On Monday, David received a call from Shree Connell, the man’s wife, asking him to come to the hospital so she could thank him for saving her husband. During their visit, the Connell family shared how grateful they are that David was in Walmart at the right time with the right training to save their family member’s life.
WFAA covered the reunion at Methodist Charlton.
© Methodist Health System