Our Veterans are Superheroes! 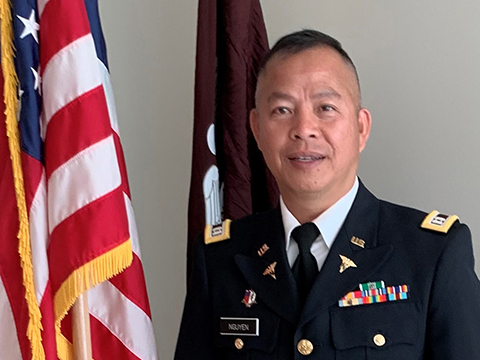 Meet David Nguyen and eight Methodist veterans! A salute to all!

For Veterans Day, Methodist Health System is honoring all our men and women veterans who are part of the Methodist family. After all, we are a Military Friendly® employer, Silver designation, as well as a Military Spouse Employment Partner — and we want our veterans to know how proud we are to work side by side with them. Time and again, our veteran employees have shown us that the qualities they have acquired in service to our country translate perfectly to the characteristics we all admire in healthcare workers. We would not be the organization we are without them.

Below are a few fun profiles about some of our veterans. For all they have done for our country and our patients, we can’t thank them enough.

Meet eight of our superstar veterans

We salute all our veterans at Methodist. They are a big part of what makes our healthcare system great, and we will always remember that.

If you’re looking for an organization that is committed to welcoming veterans and their families, take a look at Methodist Health System. Visit us at Jobs.MethodistHealthSystem.org.