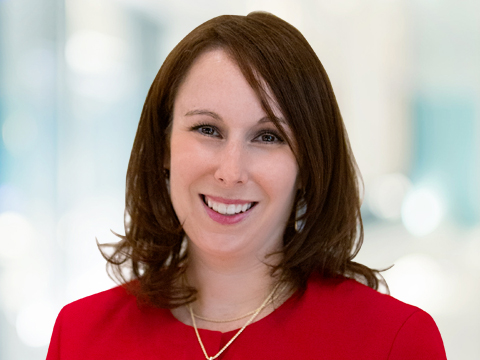 In April, families around the world will gather for Passover, which is one of the most celebrated rituals in the Jewish faith.

Passover begins with a combination dinner and service called a Seder, where we tell the Passover story from the Bible’s Book of Exodus. It’s a tale that the legendary Cecil B. DeMille turned into an Oscar-nominated film that airs annually on prime time TV, and Disney turned into an animated musical drama. The central theme of the Passover story is slavery and freedom. The Seder tells the story about the Jews’ liberation from slavery in Egypt.

Much of the food eaten at Seder, and throughout the seven- or eight-day holiday (it depends on which movement of Judaism one follows), is deeply symbolic. We eat horseradish as a symbol for the bitterness of slavery. And we eat matzo, a sort of dry cracker that represents the unleavened bread the Jews ate while fleeing Egypt. As the story goes, the Israelites left Egypt in such a rush that they couldn’t wait for the bread to rise. To make sure we never forget our ancestors’ experience, we cannot eat bread or other leavened, bread-like products during the length of Passover.

Seder then and now

Growing up, I hated Passover. I was so uncomfortable in the school cafeteria when all the other kids stared at my matzo sandwiches and when they questioned why I turned down cookies or other treats that I normally jumped for. I was so disappointed that I couldn’t participate in the neighborhood Easter egg hunts — not because, as a Jewish kid, I wasn’t allowed to hunt with my Christian friends during Passover but because I couldn’t eat the candy they offered to share. As a child, the Passover tradition was just one other thing that made me different from the other kids, when all I wanted was to fit in.

But as I got older, I learned that observing Passover didn’t set me apart, but rather it drew me closer to others. Not just to other Jews but also to people of other cultures whose ancestors have shared a similar plight. When I first moved to Dallas, my Temple’s Young Adult group began holding interfaith Seders with students and faculty at Paul Quinn College. Paul Quinn is a historically black Methodist college in Dallas. Leaders from Paul Quinn and Temple Emanu-El arranged services where we discussed similarities and differences between the African American slavery experience and the Jewish slavery experience and the continued struggles both groups face today. We ate foods from both palates — incorporating staples from African American southern food with traditional Jewish food.

These Seders led to broader discussions about how we are stronger together and we should work in tandem to fight oppression wherever we see it — not just among our own ethnic groups but also among the LGBTQ community, the Asian community, or anyone around the globe who is discriminated against simply because of their gender, race, religion, ethnicity, class, or sexual orientation.

For me, these upcoming eight days (April 15-April 23) of Passover, where I can’t eat bread, pasta, or cookies (and I do love my carbs), serve as an important rallying cry to Never Forget. Never Forget to help those who need it, and Never Forget that all humans have a lot more similarities than differences. That we should celebrate those differences but also remember that we should all be treated as equal.

Want to be part of an organization that is truly committed to inclusion and celebrates diversity in its workforce? Consider Methodist Health System. Visit us at Jobs.MethodistHealthSystem.org.